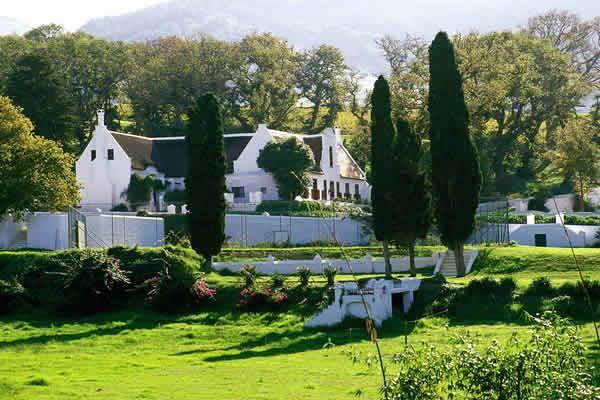 Klein Constantia Estate is situated in the oldest and most enduring vineyard region - Constantia Valley. This fertile valley is home to some of the most celebrated estates in the Cape, and many of the estates situated here have receive regular accolades for the wine that they produce.

Klein Constantia is no exception, and they produce consistently spectacular wines, which match their equally breathtaking setting in the valley. The estate was founded in 1685 by Simon Van Der Stel, and after his death the region was divided up into three key estates, including Groot Constantia, which also produces celebrated wines and is a firm favourite on the wine travellers' calendar.

While Klein Constantia might not be among the flashiest of estates in the region, its understated charm is what makes it so worth visiting. That, and its spectacular wines - in particular the Sauvignon Blanc and riesling, as well as the famous 18th and 19th century desert wine, known as Vin de Constance, which regularly receives among the highest marks in wine guides each year.

A visit to Klein Constantia is a great addition to a wine trip schedule when in the Cape, and coupled with the likes of Groot Constantia and Constantia Uitsig, you'll be exposed to some of the world's finest wines in some of the most sublime settings.