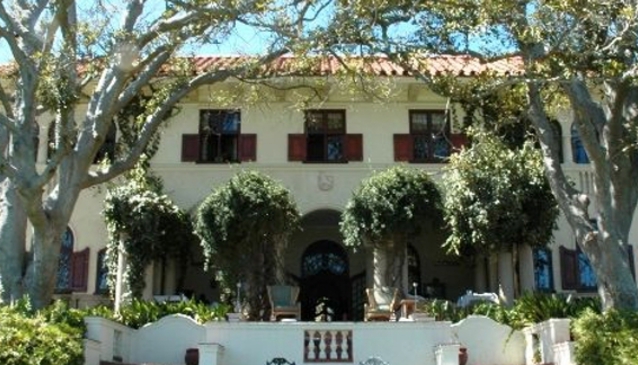 Camps Bay Retreat is a 5 Star Boutique Guest House/Hotel snugly nestled at the foot of Lion’s Head overlooking Camps Bay. There is a stillness here that is very rare and incredibly special. And there is so much space too - space to breathe and even more space to relax. The Camps Bay Retreat is located on 2 hectares of land that is filled trees, shrubs, and indigineous fynbos which is meticulously cared for by the resident horticulturist, Sanet Boshoff. Camps Bay Retreat even has it’s own swing bridge, rivers, waterfalls and rock pools. The land is bordered by the Glen Forest and the Table Mountain National Park which includes Lions Head, and the feeling of privacy and exclusivity is magnified.

This is a rare sanctuary that one expects to find deeper in Africa – not within walking distance of Cape Town’s premier beach, ritzy nightlife and glamorous restaurants! The sound of the waves crashing on the beach below mixed with the gentle calls of the birds in this natural environment is magnificent. Words like serenity and relaxation become easier to understand here. Throughout the property there is a renewed attention to detail, luxury and service under the watchful eye of the new GM, Richard Barrett.