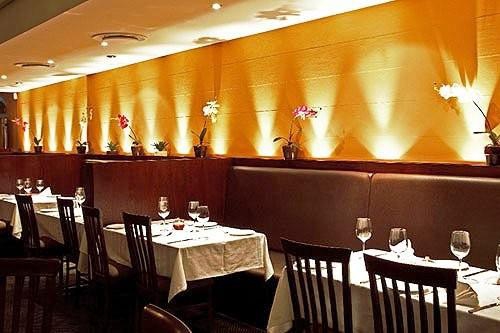 Bihari has been described as exotic chic, and it's not far off - as one of three in the Western Cape, this branch opened it's doors in early 2009 at the Southern Sun Newlands hotel, and offers diners and curry lovers the best North Indian cuisine, expertly cooked by chefs directly from the region.

As soon as you enter Bihari Newlands, the spectacular handcrafted Bengal Tiger will grab your attention, and as a symbolic creature in India, it manages to set the tone for a unique Indian dining experience.

Bihari's offer a wide menu of varying strength, from mild to impressively hot fusions, all from Northern India, as well as a selection of other regional cuisine. All the food is cooked in authentic Indian style, and the restaurant's tandoor ovens are all fired on hot coals, resulting in the food's distinctive flavour. At the same time, meals served on heated clay plates or in pots, which are not only visually enticing, but also add to the culinary experience.

Bihari's mains unsurprisingly include a range of curries and Indian Tandoor items, which are tantalising good. Particularly popular is the Lamb Rogan Josh - a mouth watering dish, while the Lamb Vindaloo, on the hotter side of things, is also a favourite.

The restaurant is equipped with a fantastic bar and lounge around a central fireplace, and there is also a private cellar and an outside seating and entertainment area for larger groups or functions.

All of our providers offer 24/7 support