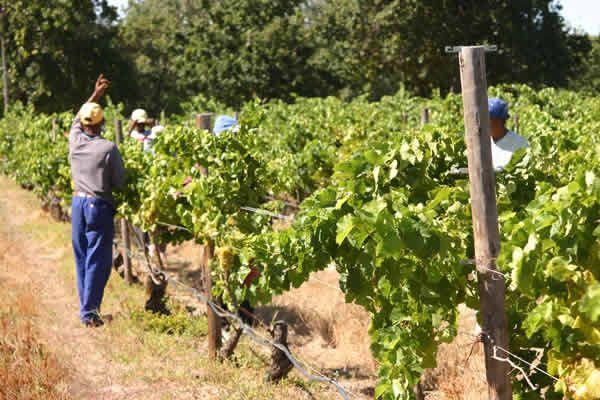 Ken Forrester started a career in the Hotel industry with Southern Sun, in the early days of Sol Kerzner, way back in 1977, after a 3-year course in Hotel Management at the Johannesburg Hotel School. He then went on to specialise in the restaurant trade, buying a share in one of the busiest eateries of the day, Gatrils in the centre of Johannesburg, and from there a string of other restaurants and related activities culminating in being elected Chairman of the Federated Hospitality Association of SA [FEDHASA].

Then in 1993 with a young family, he and his wife Teresa set their hearts on an historic vineyard in Stellenbosch. Originally granted in 1689 as Zandberg, this beautiful farm, complete with historic Cape Dutch homestead built in 1694 had stood vacant and derelict when they bought it on a public auction in 1993. A massive renovation was undertaken, both in the vineyards [Ken] and the house [Teresa!].With most of the vineyard planted to Chenin Blanc it was decided to enlist the help of good friend and Top Winemaker, Martin Meinert, with the quest to produce Chenin Blanc that could rival any white wine in the world.

That was 11 years ago, since then the wines have been poured at numerous grand events including the opening of The Scottish Parliament as well as the 85th birthday of our own icon, ex President Mandela. The wines have received massive international acclaim with literally hundreds of awards and accolades and the growth of the brand has been nothing short of meteoric, in a 10 short years. The picture perfect vineyards beneath the Helderberg Mountains are testimony to the quest for perfectly ripe fruit and show the commitment and attention to detail, that is required for benchmark wines in this day and age of immense competition and much improved quality. The farming is in the hands of a small highly dedicated team. Ken does all the sales and marketing, travelling around the world promoting South Africa and their great wines, happy to pour any South African wine far from home and carry the flag. It’s a tough job, socialising and meeting great people in the relaxed environment of food and wine but someone has to do it!

Their now beautifully restored home is constantly under siege from friends and customers from around the globe and the average dinner table could be Danish, Scots, French, German, Xhosa, American, even Canadian and under duress the odd Englishman!