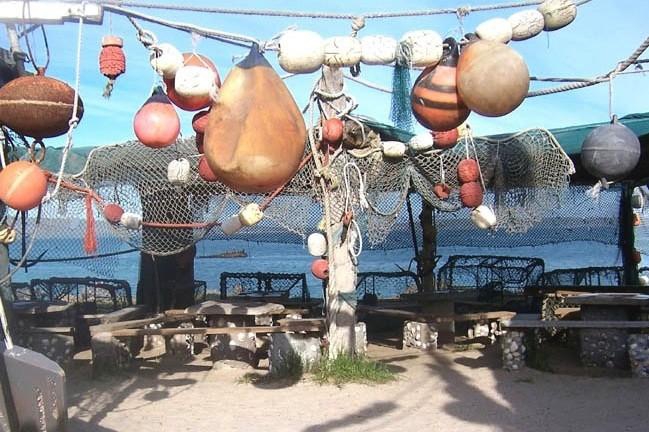 Die Strandloper has earned a reputation as one of the best out of town weekend activities for locals and tourists alike. This deliberately no-frills on the beach eatery has earned this reputation not just for it's incredible setting - literally on the beach, amongst the boulders, just outside the sleepy west coast town of Langeebaan. And not just because of its charming owners, the casual, table-floating live entertainment, or the atmosphere that comes as a result of it all. But also because of the superb sea food that's braaied, or barbecued right there in front of you as you get into the mood with a bottle or two of wine.

Being on the west coast, fresh seafood is diverse and plentiful, and the menu changes according to the day's catch. It's essentially eat all you can as the cook up copious amounts of the best local fish, accompanied by fresh baked bread, and usually crowned off with at least half of the tastiest crayfish you'll ever have.

There are some places in and around Cape Town that you simply have to try, and whether you're new in town, visiting for a few days, or been here your whole life, there are few better ways to escape the city than with a trip to the Strandloper.