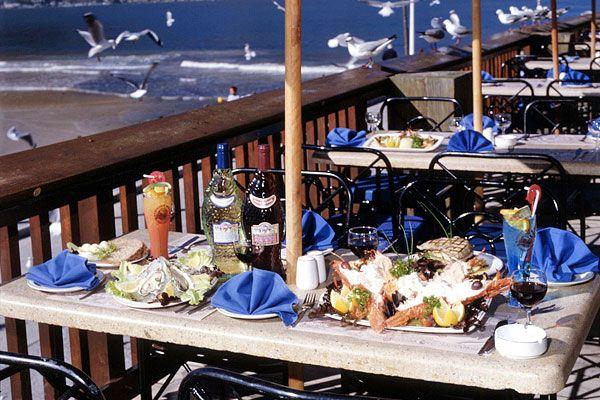 Mariner's Wharf is a Hout Bay Restaurant that has been a local and tourist favourite for many years. Mariner’s Wharf was the first harbour front emporium in Africa and the Southern Hemisphere and was built by Stanley Dorman.

Mariner’s Wharf in Hout Bay harbour is an icon to many tourists to Cape Town. The harbour is always busy and packed with local fisherman and their colourful boats.

The Mariner’s Wharf, Wharfside Grill provides some of the best seafood that Cape Town has to offer. A spectacular view over the harbour and Chapman’s Peak with the harbour side ambience is truly authentic to South Africa. The menu here is seafood and more seafood. Sea-fresh dishes; like lobster and prawns to name but a few. The nearby fisherman village provides the catch of the day – and hake - a favourite with locals and a true Mariner’s Wharf dish. Ask for it by name - Fish&Chips.

Dining at Mariner’s Wharf in its full capacity does not mean that privacy takes a second place. The Wharf offers six private dining cabins themed to seafaring history and famous ships, such as Queen Mary and those of Union Castle which frequented the Cape.