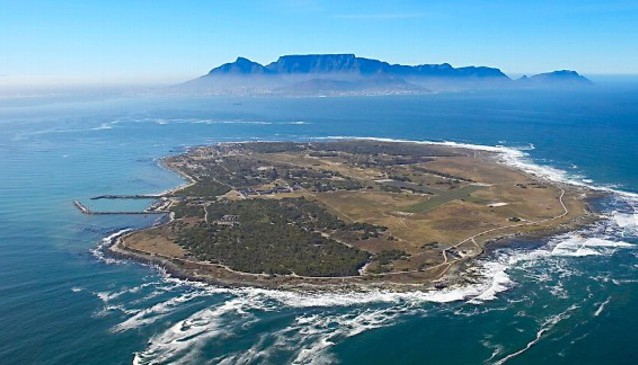 Robben Island is an island 12km out of Table Bay. Robben Island literally means 'island of seals.' The island has a rich history originally being inhabited by cavemen in a time when the sea level was lower and you could walk out to the island. It has since been used a s a way of separating people from the mainland, going from a Dutch prison to a leper colony up until the second world war when it was fortified and used to defend the mainland.

From 1959 right up to the mid 1990s it was used as a prison and housed over three thousand men who were held as political prisoners; its most famous resident being Nelson Mandela who was imprisoned for a total of 18 years here. The island is now a museum and World Heritage Site, and regular tours depart from the Nelson Mandela Gateway, located at the Old Clock Tower at the V&A Waterfront.

Many of the guides who will show you around the island were themselves once prisoners on the island, therefore offer you a fascinating insight into life on the island, the daily hardships they faced and their eventual triumph of the human spirit. The tour lasts three and a half hours and includes a return trip across Table Bay, a visit to the Maximum Security Prison, interaction with an ex-political prisoner and a 45 minute bus tour with a guide providing commentary.

Tickets are sold at R180 for adults and R90.00 for children aged 4-17 years. Booking tickets must be done early. Tours can be cancelled if the weather conditions will not allow a standard of safety. And if you really want to see Robben Island from a unique perspective, take a spectacular helicopter flight, departing from the V&A Waterfront.