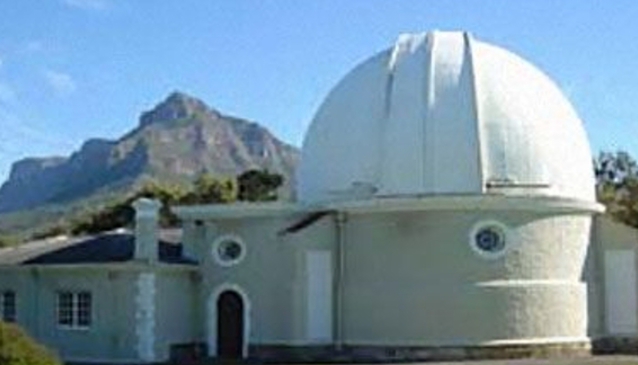 The South African Astronomical Observatory (SAAO) is the national centre for optical and infrared astronomy in South Africa.

Astronomy in South Africa has enabled safer navigation to ships passing our shores. As far back as 1685 the French made observations of the Southern Hemispher skies from Cape Town. It was from the work of the astronomer Nicoloas de la Caille working in South Africa in 1751 that the earth's pear shaped shape was calculated.

Astronomy - and the science that it provides -touches the lives of ordinary Cape Townians every day. An electronic signal from the Observatory Time Ball still triggers the Noonday Gun on Signal Hill today.

The Southern African Large Telescope (SALT) is the largest single optical telescope in the southern hemisphere.It is able to record distant stars, galaxies and quasars a billion times too faint to be seen with the unaided eye - as faint as a candle flame at the distance of the moon.