What are you looking for?

Tell us what you're looking for...
Want to Run Your Own
My Guide Website?
Find Out More

Hit the trail in the Mother City

The thing about Cape Town, as everyone will have told you, is that it's an outdoor lovers paradise, and there's simply no way you'll be able to take in every view from every peak. So what we've done here is select a few of our favourite, tried and tested trails, hikes and walks that offer variety in terms of both views and difficulty. If you follow our safety guidelines, and pick out a hike suitable to your available time and fitness, you can't go wrong. In fact, we're almost willing to guarantee that you'll end your day with that strangely rewarding fatigue that only a good, solid hike can produce. 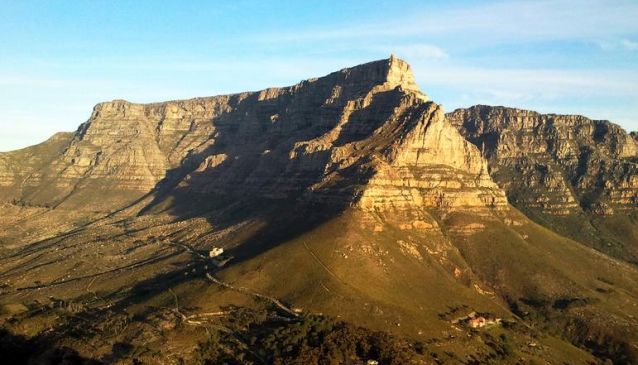 Don't let the tranquil greenery pointing the way up the path fool you - the popular hike up Skeleton Gorge and down Nursery Ravine is not an easy trip. It requires a fairly high level of fitness, and there are sections that are tricky and a little technical, particularly when its damp. That said, it is exhilarating and very doable, and the views and scenery along the way and at the top are truly worth the extra effort.

The hike will take you up through the forest, and requires the use of fixed ladders along the way. It's clearly signposted, and once you're on the trail, you'll continue all the way to the top, where you will be rewarded with the unusual sight of our very own mountain top dam, called the Hely-Hutchinson Dam. The trip back down is also steep, but generally safe and well maintained.

Of course, one of the main draw cards of this hike is its starting point, in Kirstenbosch Botanical Gardens. You'll have to pay the small entrance fee to enter the gardens, however it's money well spent. Take a quiet stroll through Kirstenbosch before you begin your hike, and put your feet up and catch your breath in the beautiful surroundings afterwards to really complete a good day on the mountain.

Length: 4 to 6 hours, depending on fitness and length of stops. Allow for some time out at Hely-Hutchinson Dam as a reward for your efforts.

Difficulty: With steep ravines and a fairly long distance, you should only really attempt this route if you're fit and confident in your hiking ability. 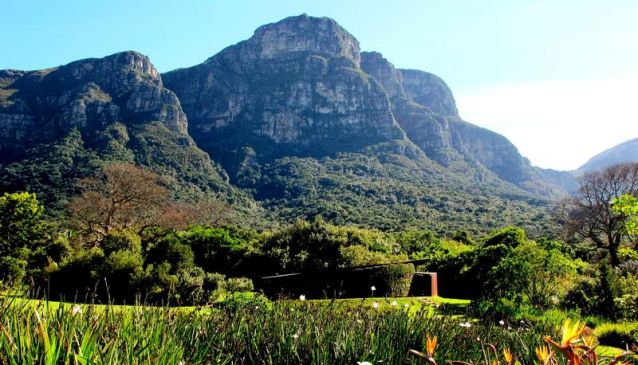 Platteklip Gorge offers the most direct route up the front face of Table Mountain, at a distance of just 3km. But don't let this fool you - it's no simple hike, and the long, relentless stairway to the top has captured the breath of even the most eager of hikers.

Thanks to the well-maintained pathway and relatively short distance to the top, it has become one of the most popular routes and is often quite crowded, yet it should still be considered a moderate to tough hike. And while locals might avoid the route owing to its popularity, we still rate it highly. There are few better ways to experience the mountain than by a climb to the top, and the constantly changing views on your way up this steep ravine, coupled with the breathtaking view from the top, will make a hike up Platteklip Gorge one of your trip's highlights. And the best part? If your legs decide to rebel at the top, you can always catch the Table Mountain cable car on the way down.

Starting and ending point: Tafelberg Road, 2km past the Lower Cable Station. Look for the signposts and wooden hut on your right.

Length: 1 - 3 hours, depending on fitness and length of stops

Difficulty: The walk is technically fairly simple, and much of the route is along well-maintained, albeit rather large, natural stairs. It is suited to older children and the moderately fit if done at a leisurely pace. 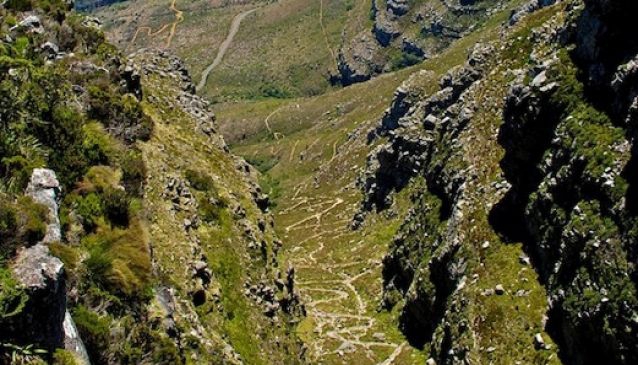 We love Newlands Ravine for its tranquil starting point in the serene Newlands Forest, the mostly shaded and cool trail all the way to the top, the picnic bench overhanging the flora at the ravine's base, its tough but technically safe route up, and, of course, the spectacular views awarded to the hikers at the top.

The route will take you along a winding path through this man-made forest up to a flat contour path paved with wooden slats, at which point you'll be required to walk right for about a kilometre before taking a steep left up the ravine. The route is steep, although at a slightly lesser gradient than Skeleton Gorge or Nursery Ravine, and you'll gain just a touch more altitude than a hike up either. As you wind your way to the top, be sure to turn around and take in the views of the Southern Suburbs, including Newlands Rugby and Cricket Stadiums, and in the distance, False Bay.

There are two ways to descend once you have reached the top. You can either return the same way, or, which is what we would recommend, continue down into the Saddle and circle Devil's Peak. This route will give you a unique view of the Cape Town City Bowl and Lion's Head, and will also take you past the popular Block House, which provides a good resting point before you begin the final leg of the journey back down into Newlands Forest.

Length: 2 - 4 hours, depending on which route you take back down, and how fit you are.

Difficulty: The beginning of Newlands Ravine is fairly steep and taxing, but on the whole, this is a manageable hike that should be easily completed by the moderately fit. That, coupled with the largely shaded route, makes for a moderately difficult but doable trip. 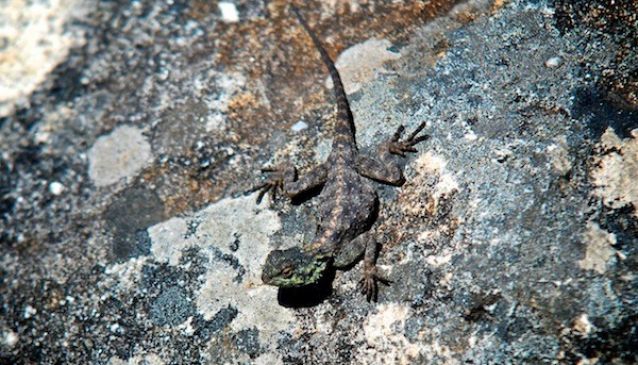 Over the years, India Venster has gained a reputation as being a difficult and dangerous route up the front face of Table Mountain, and as such shouldn't be attempted by first-time hikers or those unsure of the route. It is not as clearly marked as other hikes on the mountain, and as such it is easy to wonder off the trail and find yourself in difficulty. But that aside, this is one of the most enjoyable and exciting ways to get to the top of Table Mountain, and offers a great alternative to the better-known Platteklip Gorge.

There is quite a lot of technical climbing to be done along the route that requires a bit of rock scrambling and the use of fixed footholds at times, and there are signs along the way that warn casual hikers of this. But depending on your level of fitness, you should be able to get to the top in a fairly acceptable time.

The route starts directly behind the lower cable station, and runs underneath the cable cars for much of the way. As such, many hikers choose to climb up India Venster and down Platteklip Gorge, making a rewarding circular hike over the top of Table Mountain and avoiding the slightly tricky descent back down India Venster.

Starting and ending point: Lower Cable Station (If there's limited parking, start your trail at Kloof Corner, about 1km before you reach the cable station on your right)

Length: 2 - 5 hours, depending on which route you take down, and how competent you are.

Difficulty: Listen to the warnings and don't attempt this hike if you are not totally steady on your feet, and comfortable in technical situations. It's a climb that's definitely accessible to the moderately fit, but even experienced hikers should be prepared for some taxing situations. 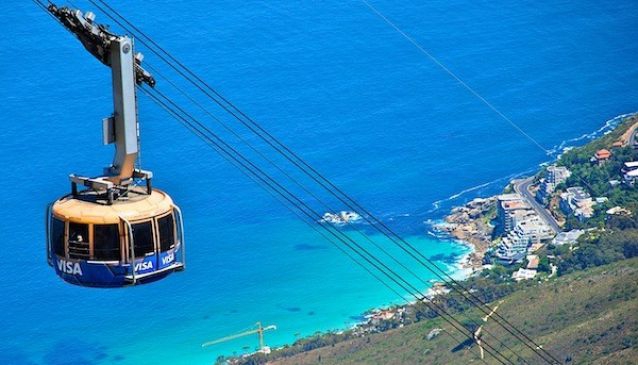 Often overlooked for its grand neighbour Table Mountain, Lion's Head offers some of the most spectacular 360 degree views of all hikes in and around the Mother City. Once at the top, a few steps will take you from studying the complexity of the City Bowl, to the impressive Atlantic Seaboard set against the deep blue ocean. And better yet, you're offered one of the best possible views of Table Mountain herself.

Lion's Head not only offers spectacular views, but also good returns on your effort. The super fit will get up in under 30 mins and down in even less, but even if you're not in the best shape, it can be a fairly stress-free trip to the top. With a ladder and chain section on the way up, you'll feel like you've achieved something decent, and for the height-weary, there is a longer route further along that skips the apparatus.

All of this makes a trip up Lion's Head one of the most rewarding hikes in the city, and given its proximity to the City Bowl itself, it needn't take a significant amount of time out of your itinerary. If you're in town over full moon, even better - there are few sights as rewarding as watching the sun set over the ocean, and then the moon rise over the distant mountains, and Lion's Head offers you the perfect place from which to do it. Just be prepared for the crowds that have the same great idea as you!

Starting and ending point: Signal Hill Road - look for a wooden hut on your left and park nearby - there's usually plenty available.

Length: 1 to 3 hours, depending on fitness and length of stops

Difficulty: The majority of the walk is along jeep tracks and gravel roads, however the chains and ladders along the way, and the steep section towards the top, make it a climb of average difficulty. 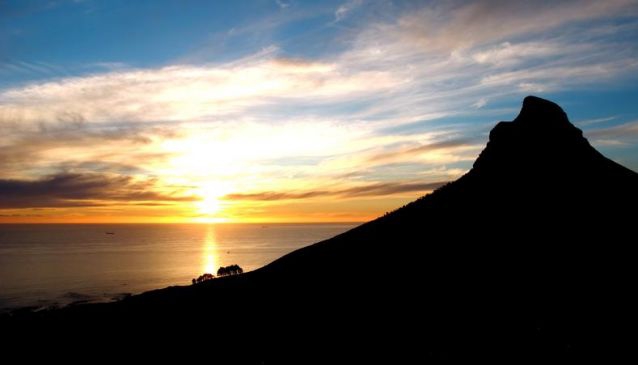